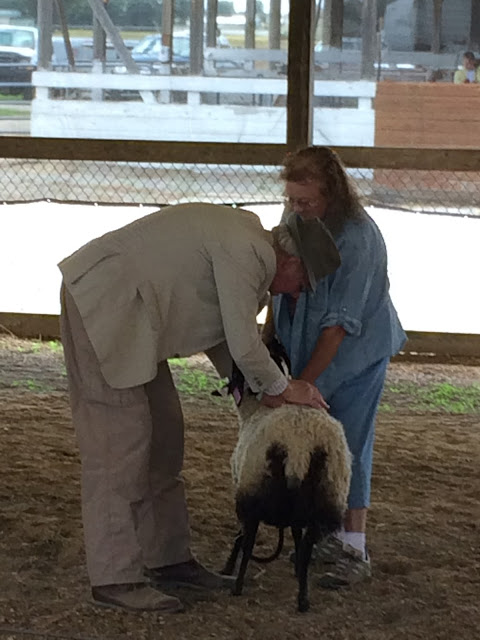 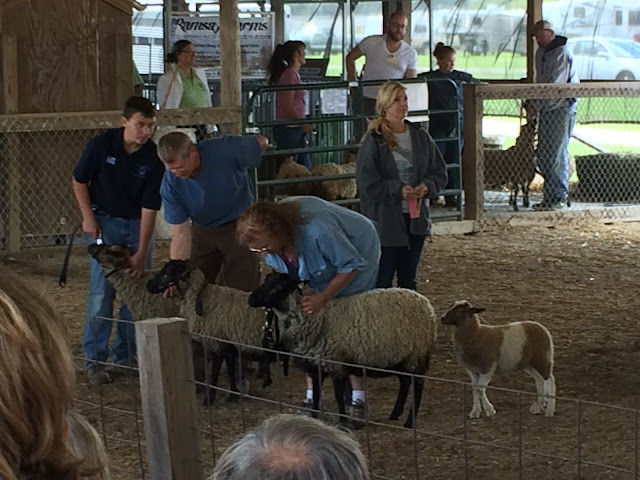 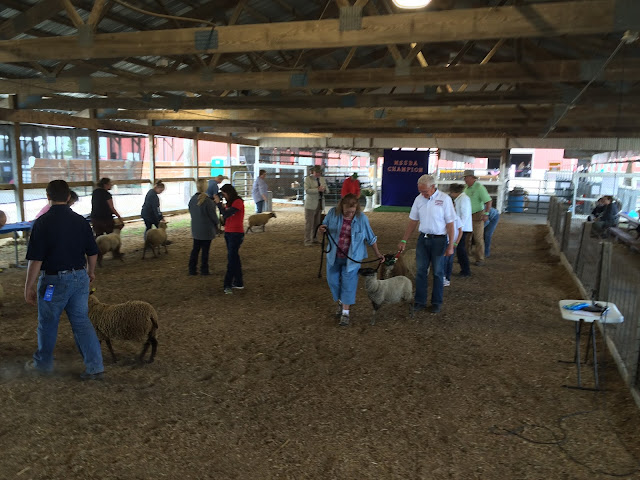 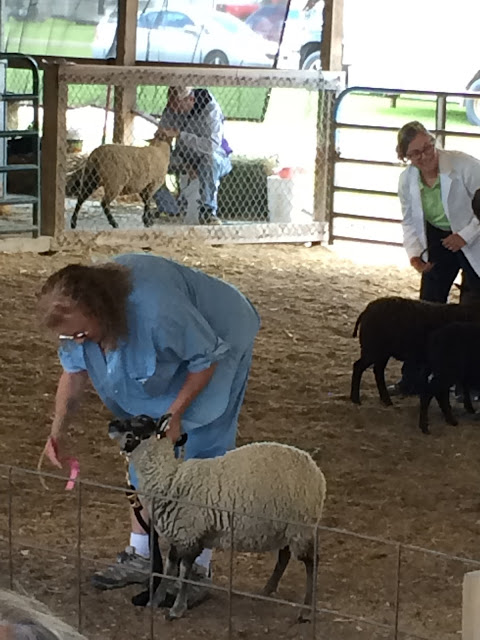 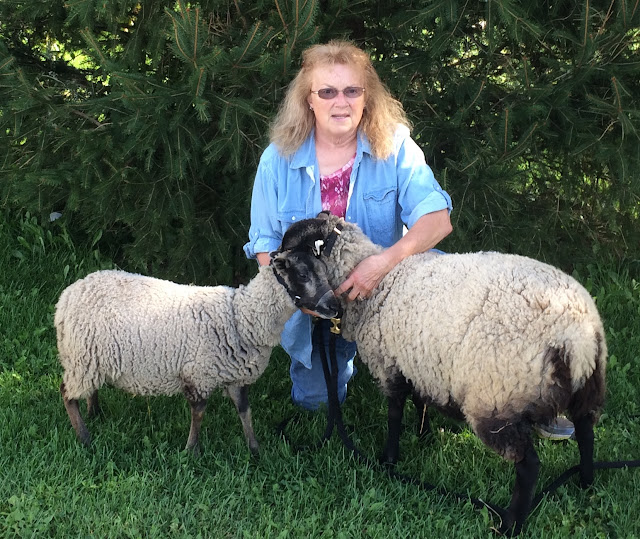 I made Jake take this picture of us the other day so I had it to keep.   The sheep were not cooperative, but I guess they looked fine in all the pictures he took.   Cannot say the same for the human.  This one was acceptable.
Posted by Sharrie at 6:31 PM

Congratulations; you SHOULD be thrilled!