End of the year 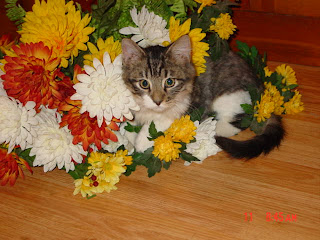 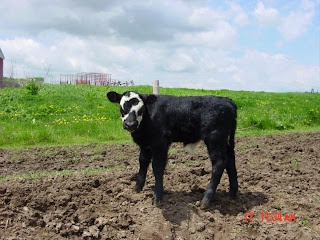 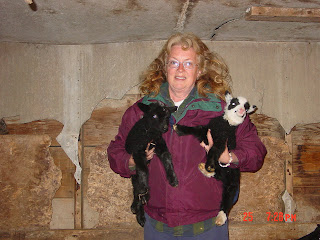 The year is ending. Much has changed here at High Ridge Farm. This spring was our first involvement with birthing. We were extremely lucky. My only ewe had twin lambs, a black ram and a Hst ewe. Linus and Lucy are well and growing. The cows produced six calves. One died from something the vet couldn't understand. The calf just failed to thrive and lived about two months before we had to put him down. Two cows did not calve and we will see how that goes this spring.

In late summer, I bought two new sheep, a mature ewe and a lamb. They are wonderful. Mellow, the mature ewe, lives up to her name, and Millie has become my friend. I don't know for sure if the cookies are responsible, but I am pretty sure that they are. They are both white and were exposed to a F2 ram at their former home. Right now Mellow is in with Linus and Ami and Tommy are together again. Lucy and Millie are in the barn. I did not want to breed the lambs this year. Millie could have been put in with Linus or Tommy, but Lucy couldn't have been bred. We will see how this turns out in the lamb department.

The bull is in with the cows again. I hope we will have more calves from him this spring. Our total is up to 20 bovine creatures now. Eleven cows, one bull, and eight calves. Three of the calves are a year old, and the others come in at six months. Unfortunately, only three of the eight are heifers. The other five will go to the butcher. They all seem healthy and furry. My only regret is that they are not able to be handled. Since they were born out on pasture, I never got a chance to tame them. The cows that I can touch are the flower girls that we brought with us to High Ridge.

The sheep are all wearing bells, except for Ami. I will get her when I transfer her out of the back pasture when the girls get back together after breeding. My breeding groups got together real late because of logistical problesm, but when it did happen, I was able to do all of the moving all my myself which made me very proud. One of the main reasons that I chose the Shetland breed was because of their size. I am able to handle them and that is very important.
Right now Dickie, Lucy, and Millie are enjoying their time in the barn with their Christmas lights. They will go back out at the end of January. I will lamb late if my pairing settle, but that is OK with me. I will have to watch for Mellow and Millie to lamb early because of their exposure to that ram before I bought them. All in all I am happy with my shepherding experience for this year. I now have seven sheep, four ewes, two rams, and a wether.

The house pets have increased by one this year. In June a kitten showed up here. After Jake saw it for real and believed me that their was a kitten runnning around here, we captured him with a tiny live trap. After a small gender mistake by the vet, Junior became a new house cat. He is long haired, gray striped with white nose, cheeks, bib, and legs. He had a mega case of ringworm which I think caused him to become homeless. He did his isloation weeks in the upstairs bedroom where we treated and shared the ringworm. I had it in twelve places before all was said and done. When he came down to join the rest of the gang, he became the terror of the county. He has livened up many of our evenings. I sure hope he becomes more loving soon because he is a little pistol right now.

Dick is failing fast, and I don't think he will be with us much longer. His back legs are getting weaker and weaker, and this morning he wasn't eager to eat his food. I will not let him suffer.

The outside cats continue to thrive and we did not have any accidents this year. The only one that had to be in the "kitty hospital" was Baby Kitty because of her herpes virus that she seems to carry. I think she is doing OK now. She is certainly more weighty than she ever was before. She and Squirt Kitty seem to feel that the schoolhouse is their rightful home. I don't have a problem with that since this week they killed a mouse in there. That is just what I want them to do. I am so proud of them.

Animal-wise, I guess that is about it for this year. Next year will bring new work and new joy.
I hope for many new births like we had last year. The joy and wonder of that was beyond even my expected belief. I was able to be with Ami when the twins were born. What an experience!!
We did not get to see any of the calves born, maybe next year. It really doesn't matter, healthy and happy is what matters. In reality I have to find an outlet for my wool and for some of the sheep born here. I cannot continue to breed unless I find new homes or butcher some of the sheep. I will leave that for another day.
Posted by Sharrie at 2:26 PM No comments: