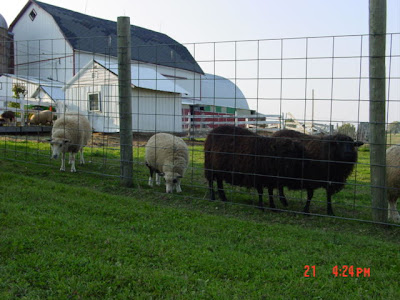 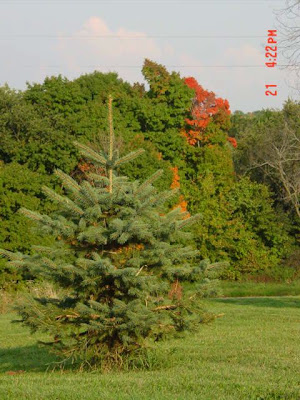 I am home again, and it is fall, my favorite season. The trees are turning, but most everything is still green. I have never been so happy to return to my home.


Todd is in an intensive rehabilitation facility. They have a very structured regime which he needs. Tonight he told me that he had walked quite a distance with a walker today. Last week he did walk from the hospital room out into the hall, but we followed him with a chair. It sounds like he is improving.
Posted by Sharrie at 9:58 PM 1 comment:

Twisting in the Wind 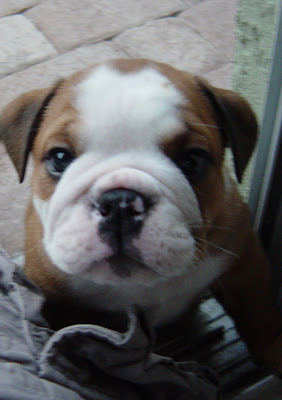 This is Bruno Junior. Wasn't he a cutey?

I can see the Goodyear Blimp Garage from the window in Todd's new room.


Here I am in Florida, in a hospital with a sick son. I do not know anyone here. I am staying at his house and taking care of his dogs in the morning and when I go home at night. I sit from 9 - 9 in his hospital room. Yesterday, I read a whole book. Today, I brought the computer and by afternoon, I was able to get on the internet here. That was good. I buy my food at the cafeteria or a Subway or McDonald's.

Today the case manager nurse told us we would have to select a rehab facility for Todd to go to when he is released from the hospital. What do I know? For that matter, what does he know? He never had to do something like this before. Tonight his internist suggested one of the four that the insurance company would pay for. Now, I must get out there somehow and see the place. We will probably select that one since Todd really likes his doctor and values his opinion. Maybe one of Todd's friends will drive me out there.

Jake is not happy at home. Last night when he got home, Lucy was walking around out of the pasture. It has happened twice before, and she has happily come for cookies and returned to her captivity. He called me and asked what to do. I suggested the corn that she was getting before and after the twins. This was about 5:00. When I talked to him again at 9:00, he said that the corn had worked and that he had reinforced the staples holding the fence panels. Another problem solved.

Here................I feel like I am dangling at the end of a string........twisting in the wind. Tears just pop up at the most unexpected times. Responsibility sits heavy upon my shoulders. I hope I will be back to just my problems at home...soon.
Posted by Sharrie at 5:59 PM 1 comment:

Todd had a mild heart attack and a small stroke. What next? He has some kind of problem with his back and cannot walk. Tomorrow they will transfer him out of ICU to a regular floor. Intensive PT seems to be the only hope for walking.

Yes, Michelle, I am a bulldog caretaker for part of each day. They said to say "Hi" back, and "When is Todd coming home?"
Posted by Sharrie at 9:13 PM 1 comment:

I am in Florida attending to my son who is in intensive care in a hospital down here. Won't be much news from me for a while.
Posted by Sharrie at 9:45 PM 3 comments:

This is NOT a hobby farm. 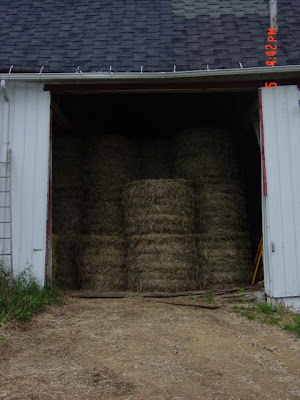 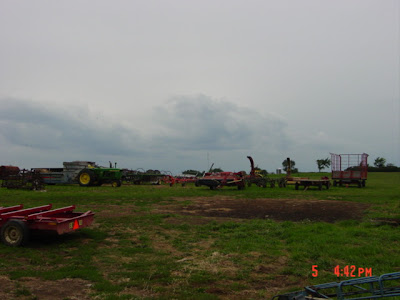 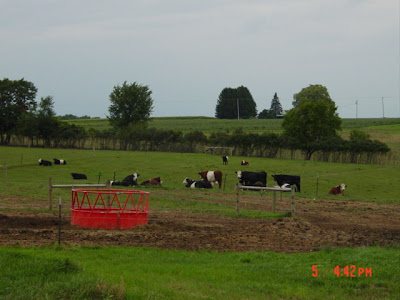 hobby n.: a pursuit outside one's regular occupation engaged in esp for RELAXATION.

I am sick and tired of our endeavor being called a "hobby farm". It is not for relaxation. Believe me. It is as far from relaxation as anything I can conceive. It eliminates relaxation. Instead of relaxation we have exhaustion. I have seldom seen Jake "relax". When he sits down, it is more like exhaustion.

Last night I went off on the insurance agent who was here to go over our insurance for the coming year. He had the nerve to suggest that this was a hobby farm. I set him straight. He was lucky. Because when he suggested that we had toooooooo much machinery, I was ready to singe his ears with another comment, but I restrained myself. Maybe it was because I wasn't feeling well. I had spent the day at the quilting machine so that I could finish a job for a women who had a deadline to finish her pillow shams. I paid for it. The accident is still holding be back in several ways. Maybe I don't hold up my weight around here, but I try. I know it isn't easy for Jake, but it could make it possible for us to have a good retirement. The farm is planned to provide us with additional income when he retires.

I hope I live that long. I wish he was retired now so that we could enjoy this together now.
Posted by Sharrie at 5:37 PM 2 comments: