Shake and Bake and "Ah" Helped!

The old "Shake and Bake" commercial is a joke around here.   The little girl stands there and says, "Shake and Bake, and I helped" in her lovely southern accent. 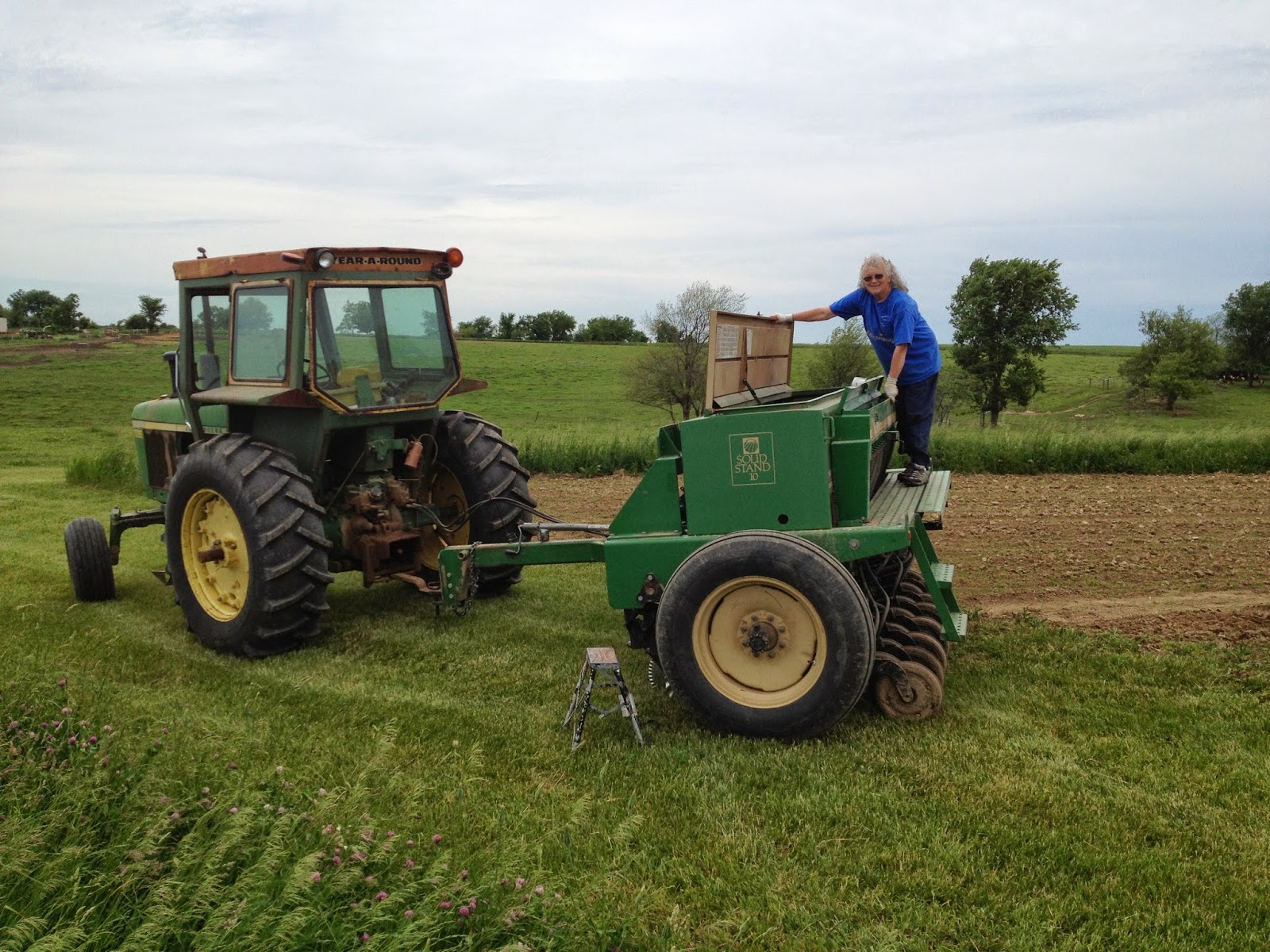 It came to mind when Jake needed help with a strip in the new planting of oats and alfalfa.   It was bare right down the middle of a strip where the planter must of had a "senior moment".   So WE replanted it.    Can't believe that I helped.  I had to ride on the back and make sure the small amount of seed was going out through the holes to be planted.    It will take about a week to see how we did.


If you want to be a Badger, just come along with me.       The other night when Jake and I were driving to Sparta, I saw a badger alongside the road.    It seemed unusual that he was so close to the road.   Jake backed up the car, and the badger played "hard to photograph".   In the picture, if you can enlarge it enough, you can just see the stripe on his face and his eyes.    When we went by in the car his whole body was out, and he turned around because he was excavating by the side of the road.

This was Jake's first live badger sighting.   I have already seen two badgers walking by the side of the road as I was driving home from a job I had.    They were just ambling up the gravel side by side on the other side of the road, and I was able to slow my car down and follow along with them until they decided to go up the embankment and disappear.    Also, Roger, the man who hunts our land, has seen a badger two years in a row.   Two years ago a young badger walked under his tree stand, and last year he caught a full grown one on a trail cam.    SO......if you want to see a badger, just come along with me. 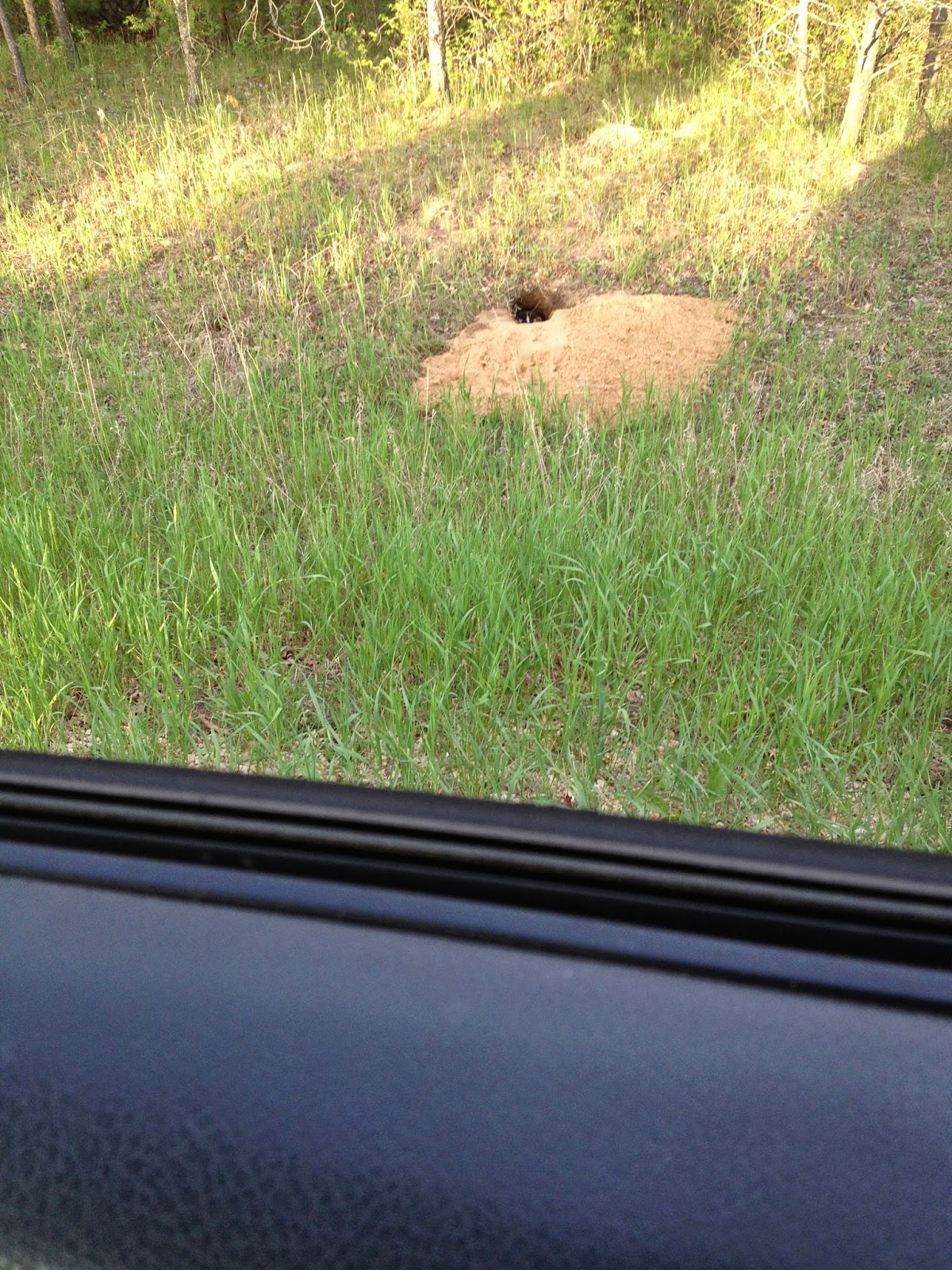 Posted by Sharrie at 3:22 PM No comments: