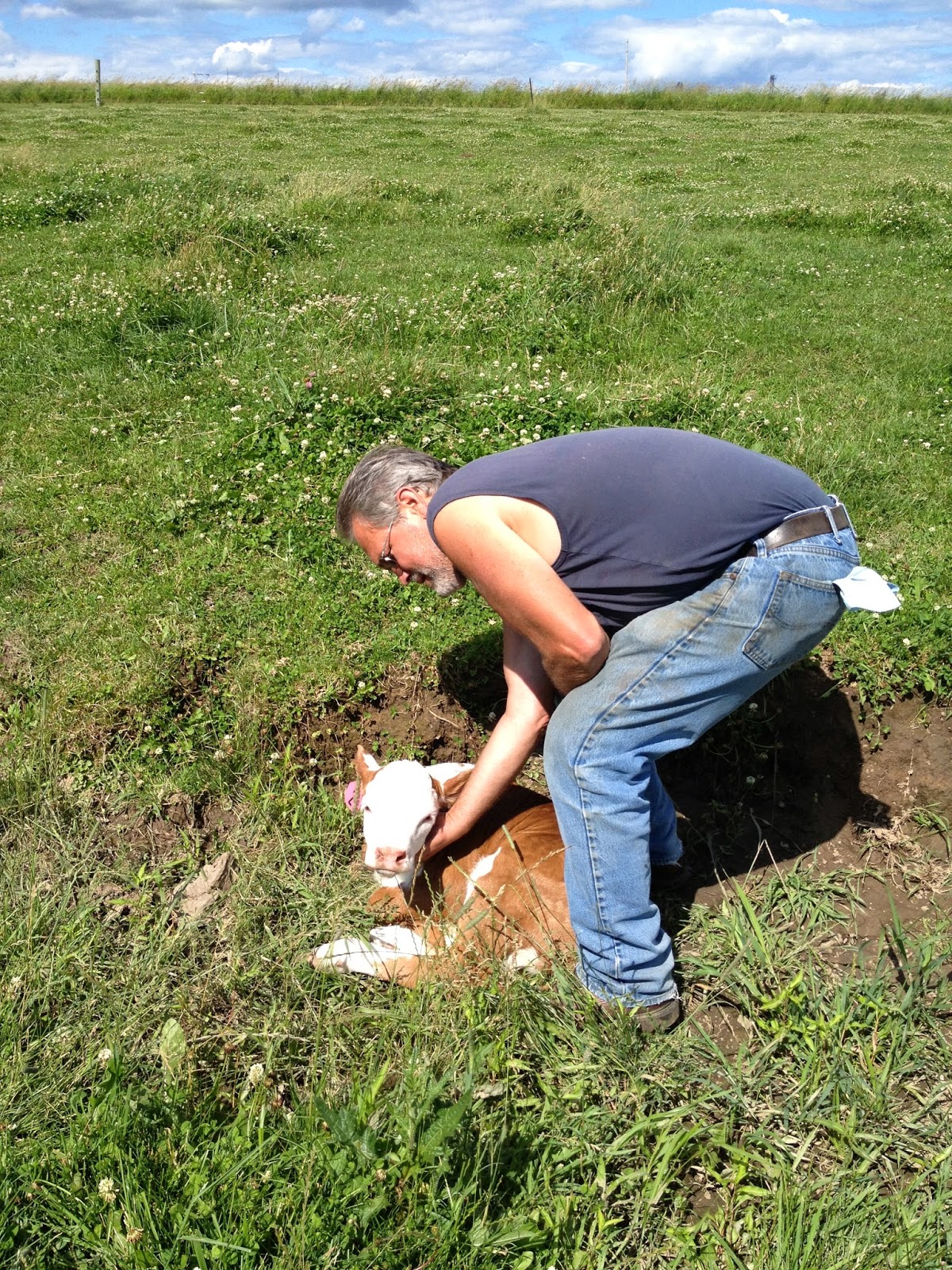 This is Lolly.   She was born late Saturday or early Sunday. 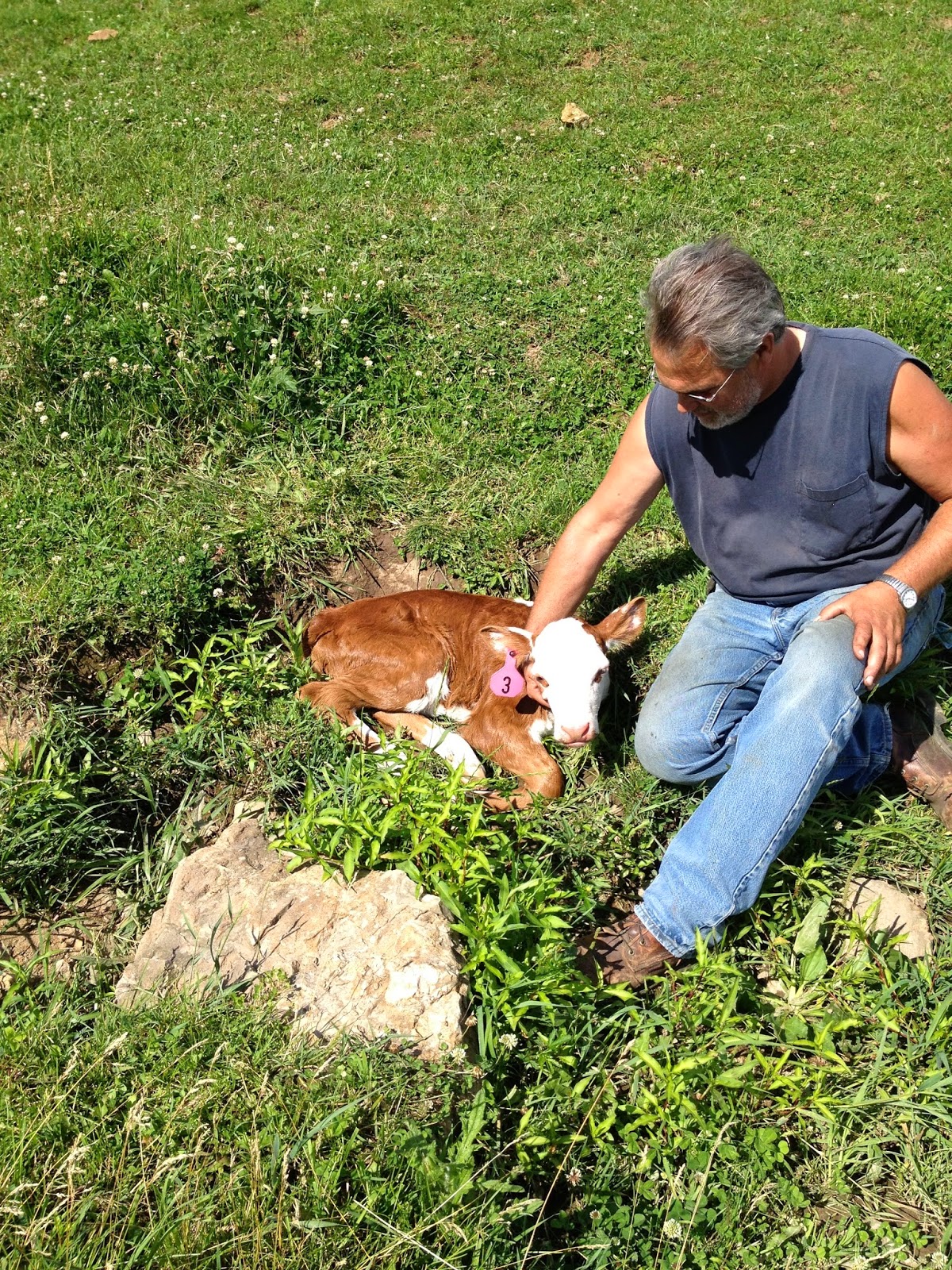 This is Lily.   She was born late Monday or early Tuesday.

Yes, I know it is late to be having calves.    We are just having to "deal with it".    So far, all is going well.   These two were born my favorite way.    We did not know it was happening.    We weren't even sure which cow was Lily's mom.   We found that out yesterday in the late afternoon.   We moved the calf up by all the cows, and her mom came to claim her.    When we had found her earlier in the day, she was outside of the fence, and none of the cows were nearby.    Both calves seem to be doing well.

The calf names this year will all be starting with the letter "L".    In another of my senior moments, I thought that the year "14" brought to mind Louis the fourteenth.    Hence the letter "L".  I know, dopey, but I think it will work for me.

I don't know if you can notice, but there is a low spot that runs through the cow pasture.    It is washed out in several places, and the hills around it are steep.    The calves love to sleep in the bottom when they are young.    Both of these girls were found sleeping curled up in the grass.   We had to wake them up to take their pictures.    They are even cuter when they get up with their spindly little legs.   They will be hard to tell apart except that Lily has just a little brown around each of her eyes.

Now if we can just get through this whole calving process with no unpleasant events.  My fingers are crossed!
Posted by Sharrie at 4:39 PM