I witnessed two little corgi dogs playing snowplow this afternoon.  (Jake must have rubbed off on them.)   Here I am shoveling trails for them to run on since the snow is so deep, even deeper after the snow and wind yesterday, and I see Lady just head full speed into a huge drift.    Her drift is on the right.    Beaver, not to be left out, followed by plowing the path to the left.    I have no idea what they thought was over on that side of the house, but they sure were determined to have a look-see. 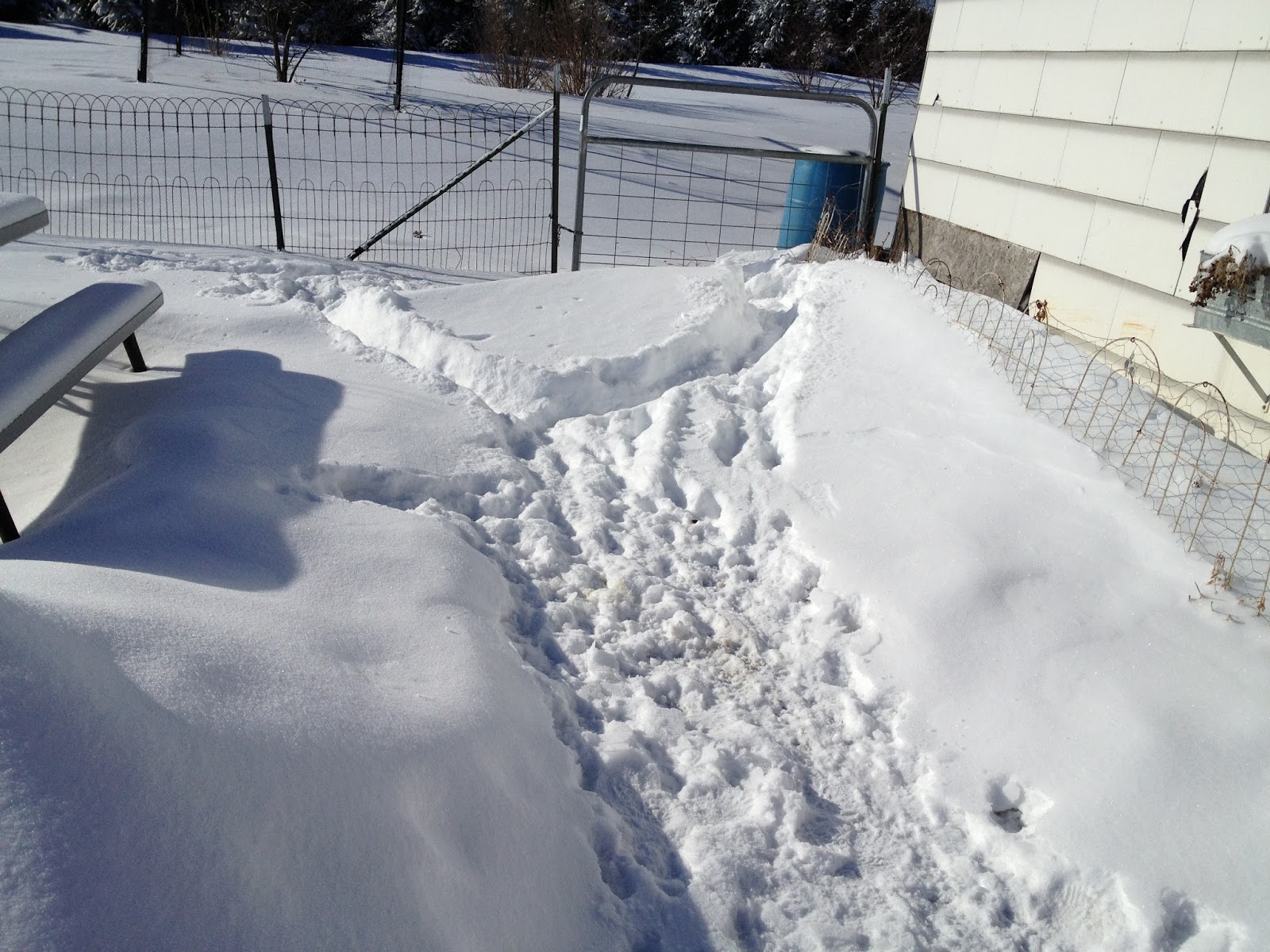 The second picture is just a close up of the first one.    Believe me the walls of their tunnels were taller than they were.    They both just busted through that drift like it wasn't even there. 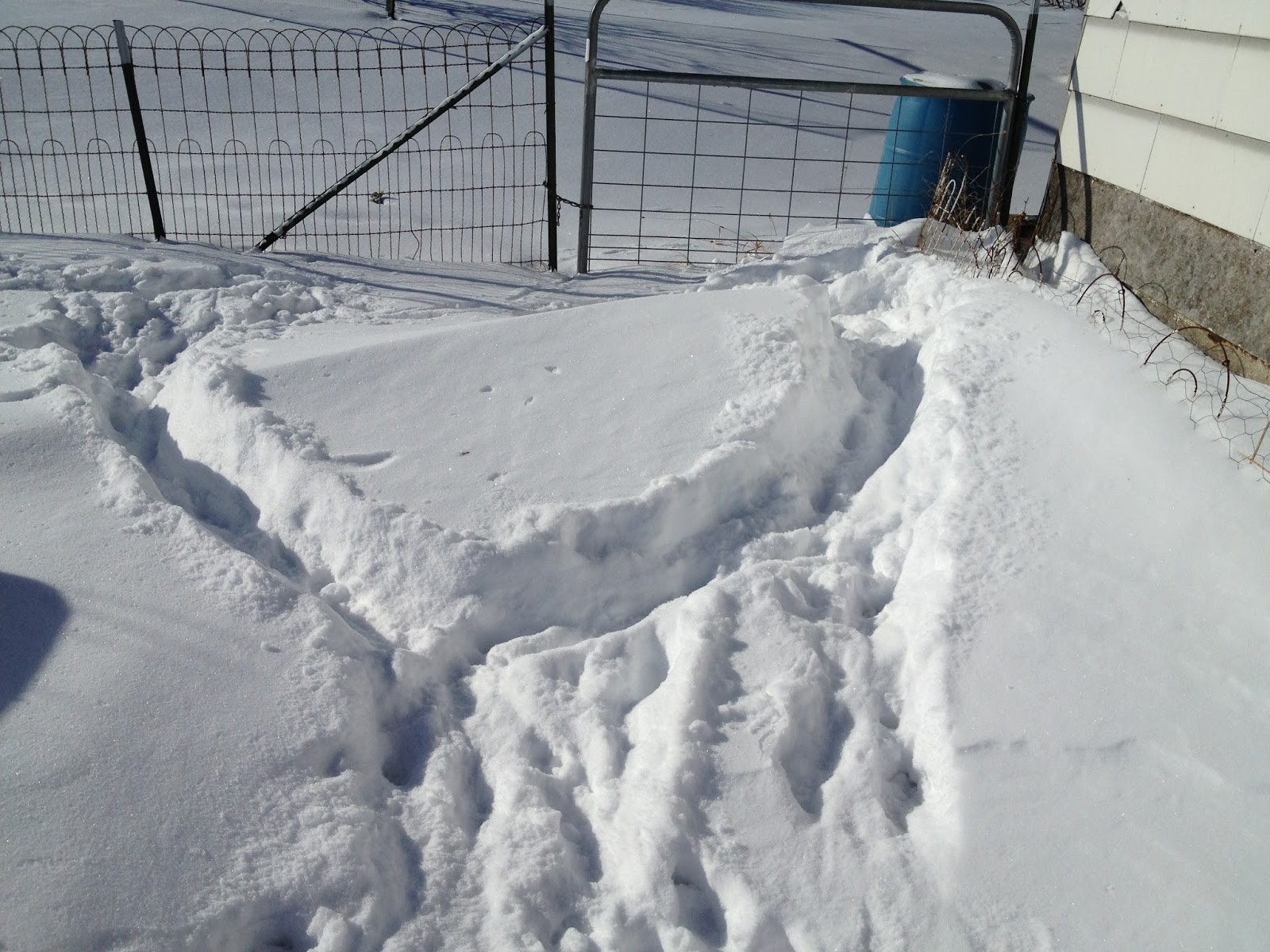 We are back in our routine of one clipper system after another.    Tomorrow more snow and wind.   I just hope that it doesn't switch back to that real cold stuff we had last week.    Snow is easier on all of us than extreme cold.